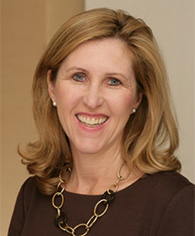 Sarah Beshar has served as a non-executive director of our company since May 2017 and has been an attorney with Davis Polk & Wardwell LLP for over 30 years. She joined the firm in 1986 and was named a partner in the Corporate Department in 1994. During more than three decades as a corporate lawyer, Ms. Beshar has advised Fortune 500 companies on an array of legal issues. She also served in a number of management roles at the firm, including as the lead partner of one of the firm’s largest financial services clients from 2008 to 2015. She presently serves as Senior Counsel at the firm. 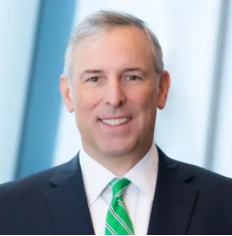 Mr. Finke has served as a non-executive director of our company since December 2020.  Mr. Finke served as Chairman and Chief Executive Officer of Barings from 2016 through November 2020 when he retired. Mr. Finke's 34-year financial career has included roles in both the banking and investment management industries. He joined Barings in 2002 when Babson Capital Management acquired First Union Institutional Debt Management.  From December 2008 to May 2011, Mr. Finke also served as EVP and CIO for the Massachusetts Mutual Life Insurance Company.  He earned a Master of Business Administration degree from Duke University’s School of Business and a bachelor’s degree from the University of Virginia’s McIntire School of Commerce. 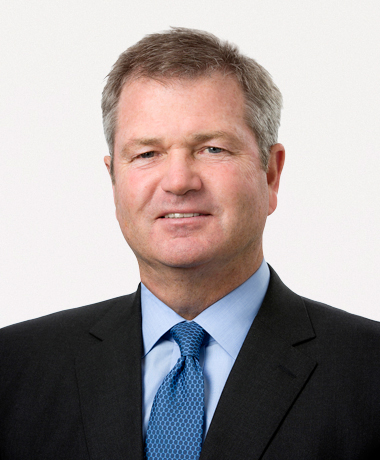 Martin Flanagan has been a director and President and Chief Executive Officer of Invesco since 2005. He is also a trustee and vice-chairperson of the Invesco Funds (the company’s U.S. open- and closed-end funds). Mr. Flanagan joined Invesco from Franklin Resources, Inc., where he was president and co-chief executive officer from 2004 to 2005. Previously, he held numerous positions of increasing responsibility at Franklin — co-president, chief operating officer, chief financial officer and senior vice president from 1993 - 2003. Mr. Flanagan served as director, executive vice president and chief operating officer of Templeton, Galbraith & Hansberger, Ltd. before its acquisition by Franklin in 1992. Before joining Templeton in 1983, he worked with Arthur Andersen & Co. He serves on the Board of Governors and as a member of the Executive Committee for the Investment Company Institute, and is a former Chairperson of the association. He also serves as a member of the executive board at the SMU Cox School of Business and is involved in a number of civic activities in Atlanta. Mr. Flanagan is a CFA charterholder and a certified public accountant. Mr. Flanagan earned a B.A. and B.B.A. from Southern Methodist University (SMU). 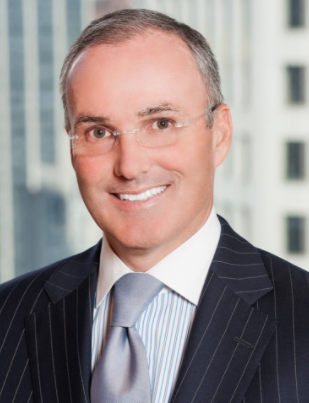 Ed Garden has served as a non-executive director of our company since November 2020 and has been Chief Investment Officer and a Founding Partner of Trian Fund Management, L.P. since its inception in 2005. Previously, Mr. Garden served as Vice Chairman and a director of Triarc Companies, Inc., where he was also head of corporate development. Prior to joining Triarc, Mr. Garden was a Managing Director of Credit Suisse First Boston, where he served as a senior investment banker and BT Alex Brown, where he was co-head of Equity Capital Markets. 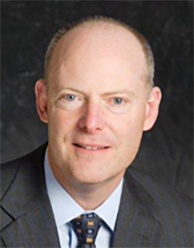 William (“Bill”) F. Glavin, Jr. has served as a non-executive director of our company since May 2019. Mr. Glavin served as vice chairman of MassMutual Asset Management Holding Co. from 2015 to 2017. Previously, Mr. Glavin served as chair of OppenheimerFunds Inc., (“OppenheimerFunds”), from 2009 to 2015, as chief executive officer from 2009 to 2014, and as president from 2009 to 2013. Prior to joining OppenheimerFunds Inc., Mr. Glavin held several senior executive positions at MassMutual Financial Group (“MassMutual”). He served as co-chief operating officer of MassMutual from 2007 to 2008, executive vice president, U.S. Insurance Group of MassMutual from 2006-2008, president and chief executive officer of Babson Capital Management LLC (“Babson”), from 2005 to 2006, and chief operating officer of Babson from 2003-2005. Prior to joining MassMutual, Mr. Glavin was president and chief operating officer of Scudder Investments from 2000 to 2003. Mr. Glavin held senior positions at the Dreyfus Corporation, the Boston Company, State Street Bank and Trust Company, and Procter & Gamble. He serves as a member of the board of directors of LPL Financial Holdings Inc. Mr. Glavin earned a B.A. from the College of the Holy Cross. 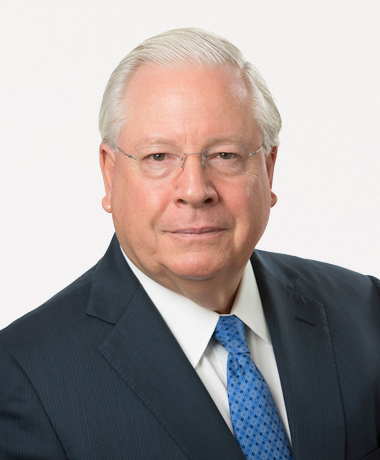 Robert Henrikson has served as a non-executive director of our company since 2012. Mr. Henrikson was president and chief executive officer of MetLife, Inc. and Metropolitan Life Insurance Company from 2006 through 2011, and he served as a director of MetLife, Inc. from 2005, and as Chairman from 2006 through 2011. During his more than 39-year career with MetLife, Inc., Mr. Henrikson held a number of senior positions in that company’s individual, group and pension businesses. Mr. Henrikson is a former Chairman of the American Council of Life Insurers, a former Chairman of the Financial Services Forum, a director emeritus of the American Benefits Council and a former member of the President’s Export Council. Mr. Henrikson also serves as Chairman of the board of the S.S. Huebner Foundation for Insurance Education, as a member of the boards of trustees of Emory University and Indian Springs School and a member of the board of directors of Americares. Mr. Henrikson earned a bachelor’s degree from the University of Pennsylvania and a J.D. degree from Emory University School of Law. In addition, he is a graduate of the Wharton School’s Advanced Management Program. Mr. Henrikson served on the Board of Directors of Swiss Re from 2012 to 2018. 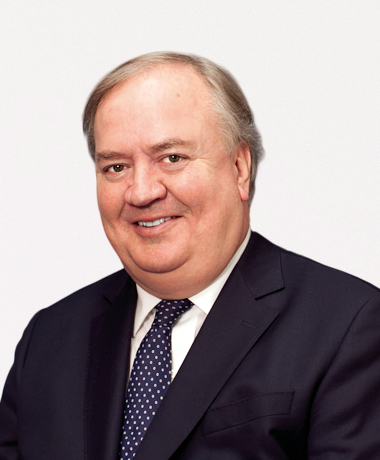 Denis Kessler has served as a non-executive director of our company since 2002. Mr. Kessler is Chairman and chief executive officer of SCOR SE. Prior to joining SCOR, Mr. Kessler was Chairman of the French Insurance Federation, senior executive vice president of the AXA Group and executive vice chairman of the French Business Confederation. Mr. Kessler previously served as a member of the supervisory board of Yam Invest N.V. from 2008 until 2014, a privately-held company, and currently serves as a global counsellor of The Conference Board. Mr. Kessler is a graduate from Ecole des Hautes Etudes Commerciales (HEC Paris). He holds a Doctorat d’Etat from the University of Paris and Doctor Honoris Causa from the Moscow Academy of Finance and the University of Montreal. In addition, he is a qualified actuary. 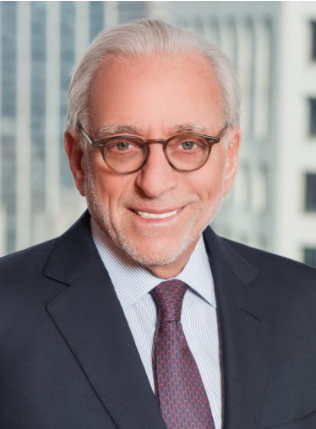 Mr. Peltz serves as the non-executive Chairman of The Wendy’s Company and is on the boards of The Procter & Gamble Company, Sysco Corporation, and Madison Square Garden Sports Corp. He previously served as a director of H. J. Heinz Company, Legg Mason, Inc., Ingersoll-Rand, MSG Networks Inc. and Mondelēz International, Inc.

Mr. Peltz attended The Wharton School of the University of Pennsylvania. 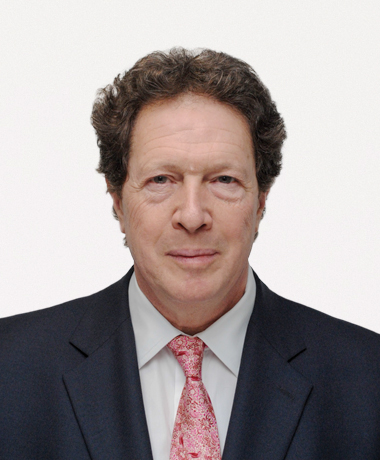 Sir Nigel Sheinwald has served as a non-executive director of our company since 2015. Sir Nigel was a senior British diplomat who served as British Ambassador to the United States from 2007 to 2012, before retiring from Her Majesty’s Diplomatic Service. Previously, he served as Foreign Policy and Defence Adviser to the Prime Minister from 2003 to 2007 and as British Ambassador and Permanent Representative to the European Union in Brussels from 2000 to 2003. Sir Nigel joined the Diplomatic Service in 1976 and served in Brussels, Washington, Moscow, and in a wide range of policy roles in London. From 2014 to 2015, Sir Nigel served as the Prime Minister’s Special Envoy on intelligence and law enforcement data sharing. Sir Nigel also serves as a non-executive director of Raytheon UK and a senior advisor to the Universal Music Group. He is also a visiting professor and member of the Council at King’s College, London. In addition, Sir Nigel is the Chairperson of the U.S.-U.K. Fulbright Education Commission and serves on the Advisory Boards of the Ditchley Foundation, BritishAmerican Business and the Centre for European Reform. He is an Honorary Bencher of the Middle Temple, one of London’s legal inns of court. Sir Nigel received his M.A. degree from Balliol College, University of Oxford, where he is now an Honorary Fellow.  Sir Nigel currently serves on the Board of Directors of Royal Dutch Shell plc (Chair of the Corporate and Social Responsibility Committee and member of the Remuneration Committee). 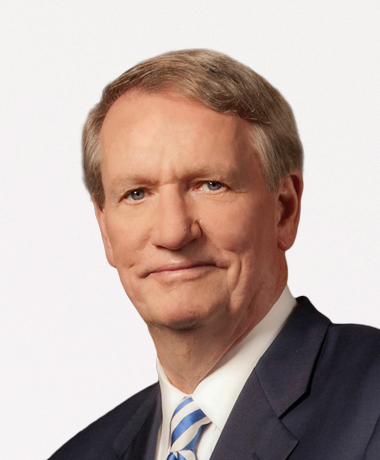 G. Richard (“Rick”) Wagoner, Jr. has served as a non-executive director of our company since 2013. Mr. Wagoner served as Chairman and chief executive officer of General Motors Corporation (“GM”) from 2003 through March 2009, and had been president and chief executive officer since 2000. Prior positions held at GM during his 32-year career with that company include president and chief operating officer, executive vice president and president of North American operations, executive vice president, chief financial officer and head of worldwide purchasing, and president and managing director of General Motors do Brasil. Mr. Wagoner is a member of the board of directors of several privately-held companies. In addition, he advises private equity firms, an investment bank and a number of start-up and early-stage ventures. Mr. Wagoner is a member of the board of visitors of Virginia Commonwealth University, Chair of the Duke Kunshan University Advisory Board and a member of Duke University’s Health System Board of Directors and Fuqua School of Business Advisory Board. He is also a member of the Leapfrog Group Board of Directors, a non-profit organization. In addition, he is a honorary member of the mayor of Shanghai, China’s International Business Leaders Advisory Council. Mr. Wagoner received his B.A. from Duke University and his M.B.A. from Harvard University.  Mr. Wagoner has served on the Board of Graham Holdings Company (audit committee) since 2010. 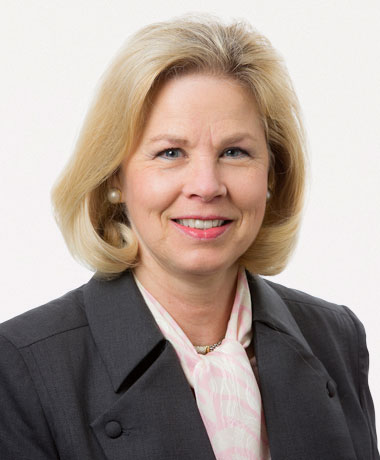 Phoebe Wood has served as a non-executive director of our company since 2010. She is currently a principal at CompaniesWood and served as vice chairman, chief financial officer and in other capacities at Brown-Forman Corporation from 2001 until her retirement in 2008. Prior to Brown-Forman, Ms. Wood was vice president, chief financial officer and a director of Propel Corporation (a subsidiary of Motorola) from 2000 to 2001. Previously, Ms. Wood served in various capacities during her tenure at Atlantic Richfield Company (ARCO) from 1976 to 2000. Ms. Wood currently serves on the boards of trustees for the Gheens Foundation, the American Printing House for the Blind, and Pitzer College. From 2001 to 2011, Ms. Wood was a member of the board of trustees for Smith College and a trustee of the University of Louisville from 2009 to 2015. Ms. Wood received her A.B. degree from Smith College and her M.B.A. from University of California Los Angeles. Ms. Wood serves on the following boards: Leggett & Platt, Incorporated (nominating and corporate governance committee), Pioneer Natural Resources Company (compensation and leadership development, nominating and corporate governance (Chair) committees) and PPL Corporation (audit, executive, governance and nominating (Chair) committees).